Election Postering – How Do We Level The Playing Field? 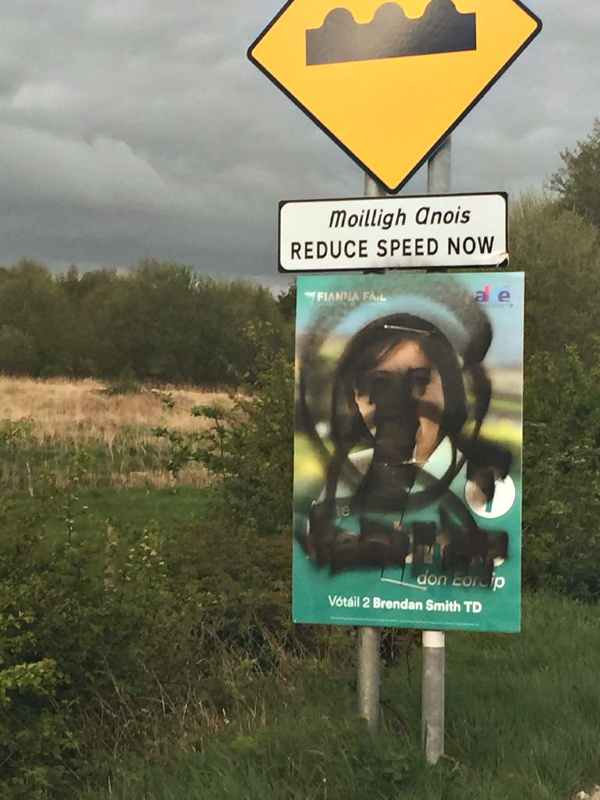 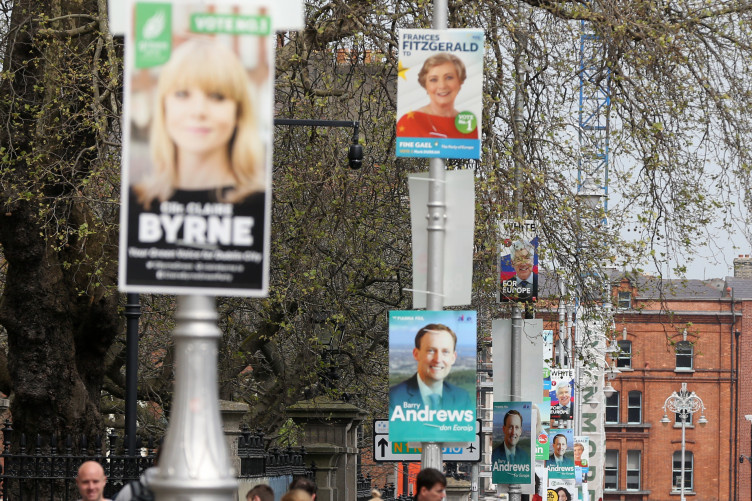 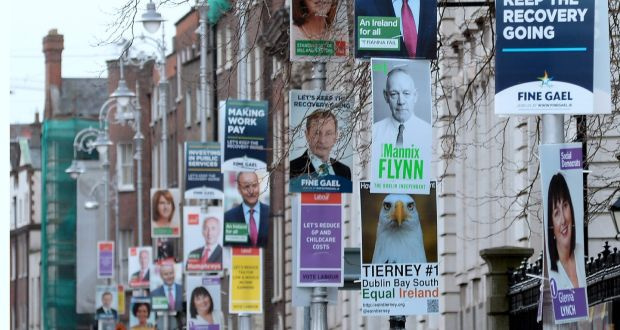 As voters begin to familiarise themselves with candidates ahead of both the local and European elections on May 24th, posters bearing the faces of local and MEP candidates have appeared on poles across the country as contenders seek attention from the voters.

With the advent of new technology to reach voters and the growth of a more environmentally conscious public, there have been calls for the use of posters to be discontinued.

Dr Jane Suiter, associate professor at the school of communications at Dublin City University, does not agree.  She told TheJournal.ie.

Election Posters are a great information source. They let people know that there’s an election happening, and they introduce the idea of politics and participation into society.  They let people start conversations about what elections are about.”

Suiter points to research by Dr Theresa Reidy from University College Cork which shows that election posters increase turnout during elections and assist voters in their decision-making.  The research also shows that posters help the public recognise who they’re voting for, which is especially important for first-time candidates.

Suiter went on to say:

Posters are a really effective way for new candidates to get their faces known.  If you don’t have posters, you hand an advantage to incumbents who have had their seats for years, and who may have spent that time making appearances in the media, a clear unfair advantage.

The importance of public spaces in communicating with voters in decision-making can never be underestimated.

One of the biggest concerns raised since the start of the campaign is the fear the posters will end up in a landfill or dumped elsewhere.  But even for the most environmentally conscious parties and candidates, posters are a necessary evil in the run-up to an election.

The Green Party, for example, introduced an amendment in the Seanad in March this year to try to limit posters to designated areas managed by local authorities.  The amendment was ruled out of order, however, the party was among those whose posters were visible across the country after midnight last Wednesday.

A spokesman outlined why the party felt it was still important to use them.

Not postering puts candidates at a serious disadvantage, especially new candidates.  One study shows a correlation between using a high number of posters and being successful in the election. This is backed up by the experience of many candidates.

I will still continue to the canvas by using traditional methods such as leaflets outlining my platform,  door-to-door visits, as well as less common means. Campaigning in a digital society facilitates such communication, and the Internet is radically transforming how political messages and graphics are disseminated.

I have a modern website and social media presence, updated often, for constituents and the general public to engage with me, raise concerns, make appointments, follow my work in the Oireachtas and locally in my constituency.  I was the first politician in Ireland to use an internet bot to help my constituents get an answer to their questions quickly and efficiently.

Almost all EU countries limit posters to designated areas, administered by their local authorities.  Such areas give equal space to each party or independent, whilst allowing the citizens to familiarise themselves with the candidates and serving as a reminder of the elections taking place.

I believe that this is a good model for future elections and I will be strongly recommending this model to my party after the forthcoming election. Smart canvassing tools, canvassing apps that take care of walk lists, voter information and talking points or surveys should also be considered by, not just my party, but all parties for future elections.

However, most traditionalists argue (where some social media purists would concede) that although social media and technology strategies are a vital election tool in today’s campaigns, they are still limited in its electoral reach in Ireland.

The election poster is deeply ingrained into our political culture and psyche. The pedestrian visual language of established party candidates makes the all too rare, visually adventurous political campaign posters memorable and effective.

If you can look at someone, you can challenge them, and posters remain one of the most effective and powerful tools for holding political leaders accountable. They can, in fact, provoke activism around a wide range of important causes, which is in itself has a positive effect.