Remarks of The Taoiseach, Micheál Martin TD On the occasion the unveiling of the John Hume bust Washington D.C 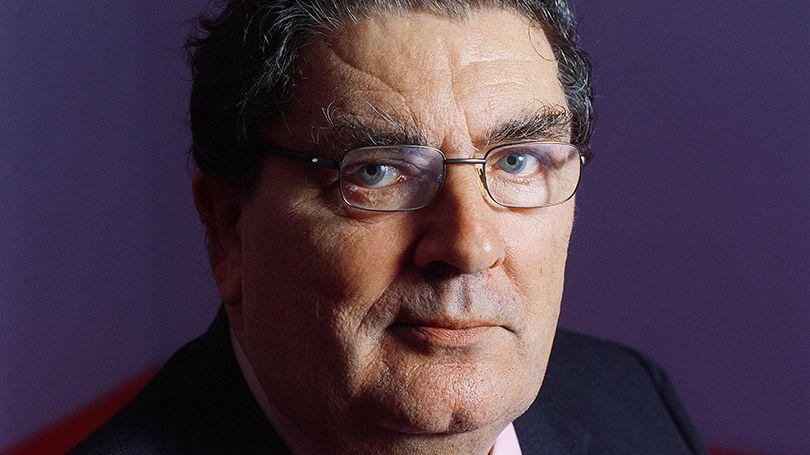 When we study Irish history we read of many great figures who helped build our country and our culture.  These are figures who admire from a far, relying on historians to give us a sense of the person. However there are rare occasions when we have the privilege to witness this at first hand – and with this comes the duty to honour their memory. 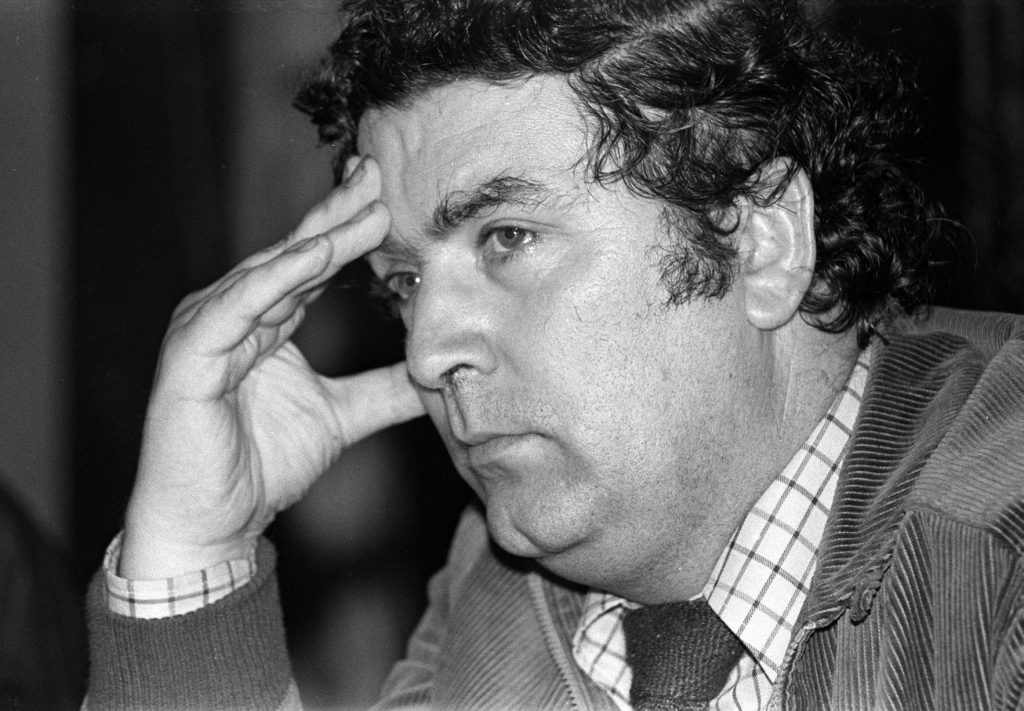 By any measure John Hume was a great Irishman who devoted his life to his community, to his country and to the international cause of peace and reconciliation. 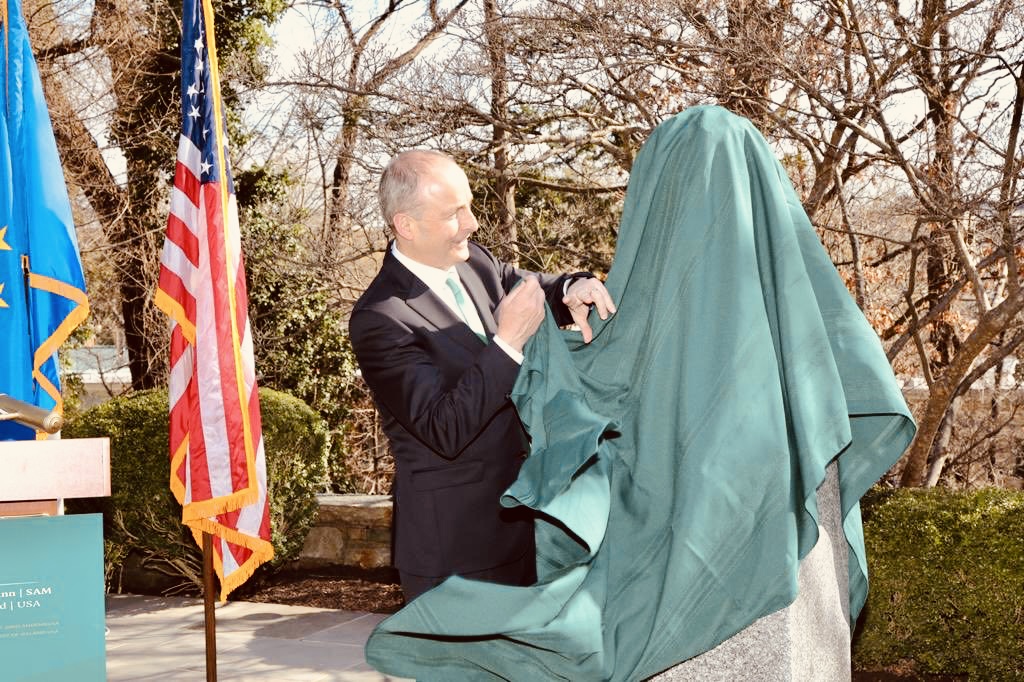 That is why is a great honour to be here today to unveil this magnificent sculpture, a mark of respect from a grateful country and fitting reminder of the extraordinary work he undertook in this city. 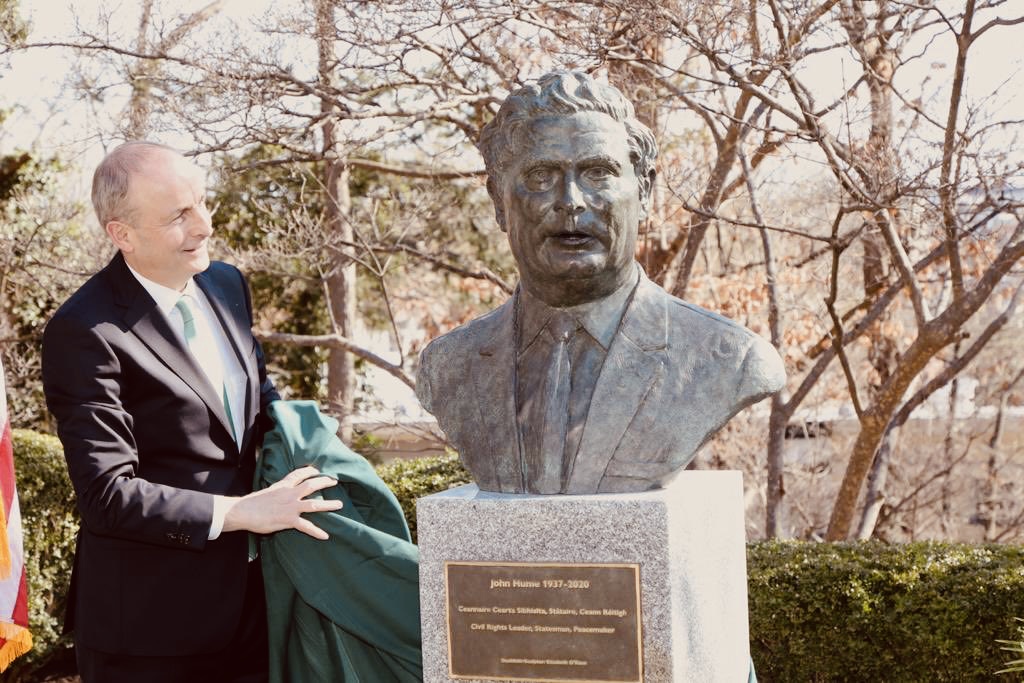 John was a force of nature who used his immense energy and talents as a relentless servant in the cause of civil rights, peace and reconciliation. At the darkest moments of the conflict, he provided irreplaceable leadership, never losing faith that justice and peace would prevail. 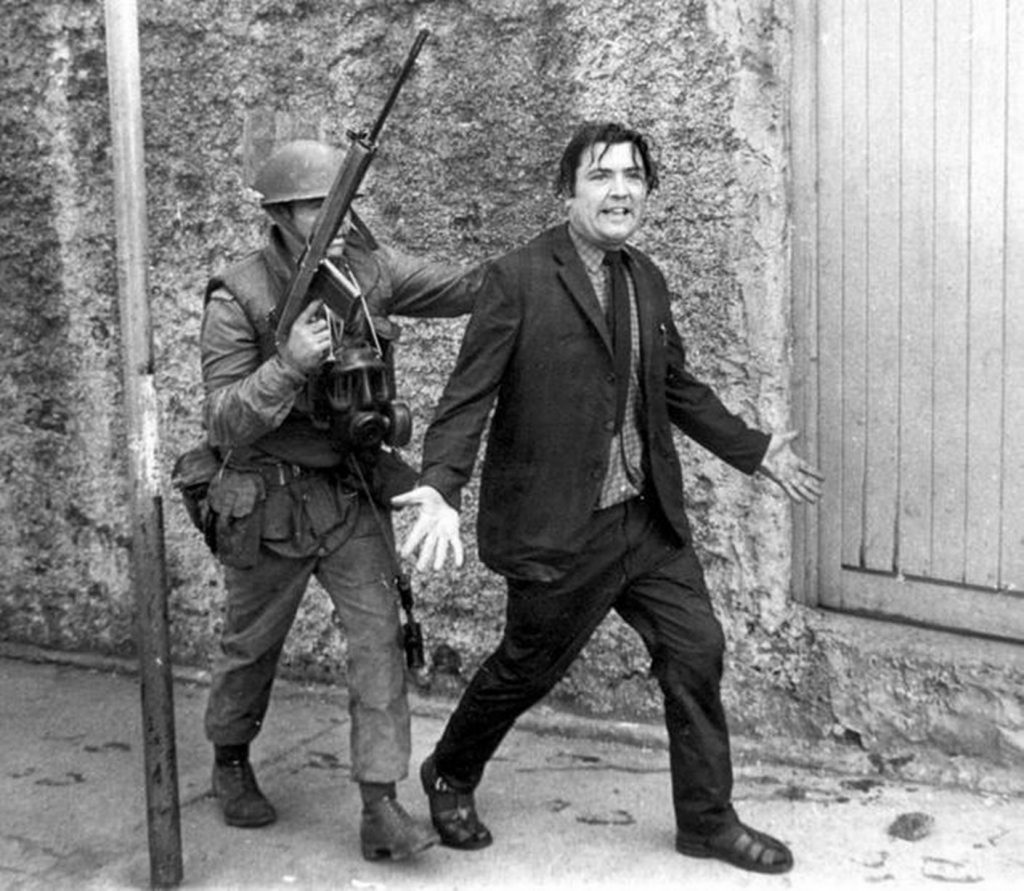 There is simply no doubt that without John Hume providing the roadmap, the Good Friday Agreement of 1998 would have been impossible.

We felt a great loss when John left us two years ago, and again last year at the passing of his wife Pat who, like John, was an extraordinary agent and advocate for peace. It is hard to think of two more extraordinary peace-makers and path-breakers than John and Pat Hume.

It is a mark of them that the work they so effectively pursued throughout their lives continues through the John and Pat Hume Foundation, which is represented here today by Tim Attwood and Mark Durkan.

I am also delighted that Aidan and Daragh Hume are here today to represent the Hume family and to join us in commemorating their father and grandfather. 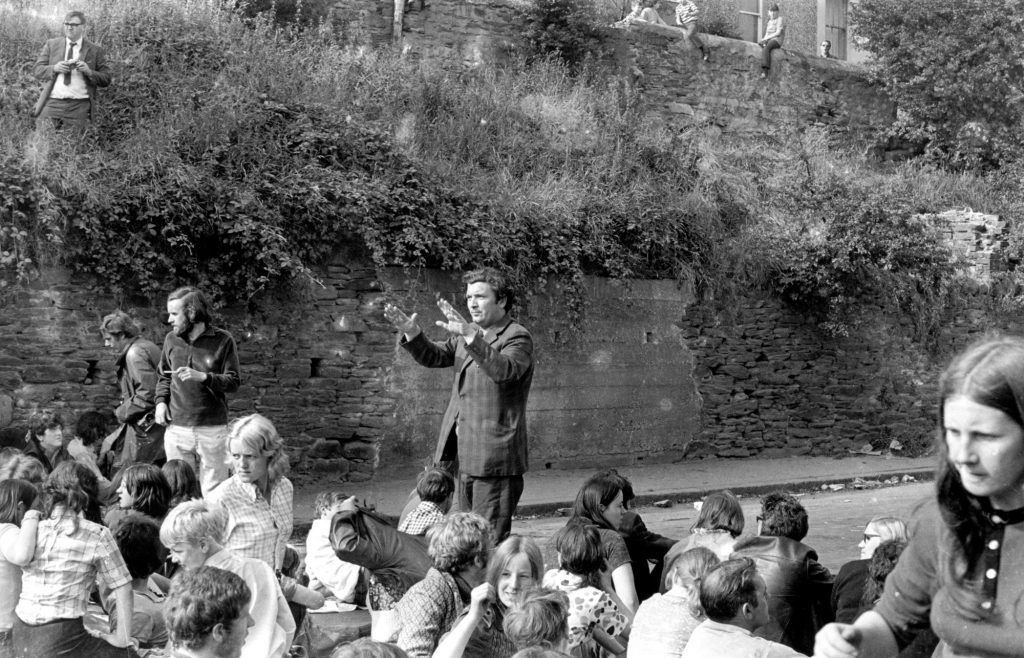 It is always a challenge for any artist to try to represent a figure not only well known but who was full of passion and character. I also would like to congratulate Liz O’Kane, who crafted this piece, and commend her for her exceptional work.

Throughout his four decades of public action, John was determined that the rights and voices of all of the people of Derry, Northern Ireland and Ireland would be heard.  Just like all truly historic figures he wanted to change the debate and break the cycle of division and misunderstanding which too often lay at the foot of conflict. 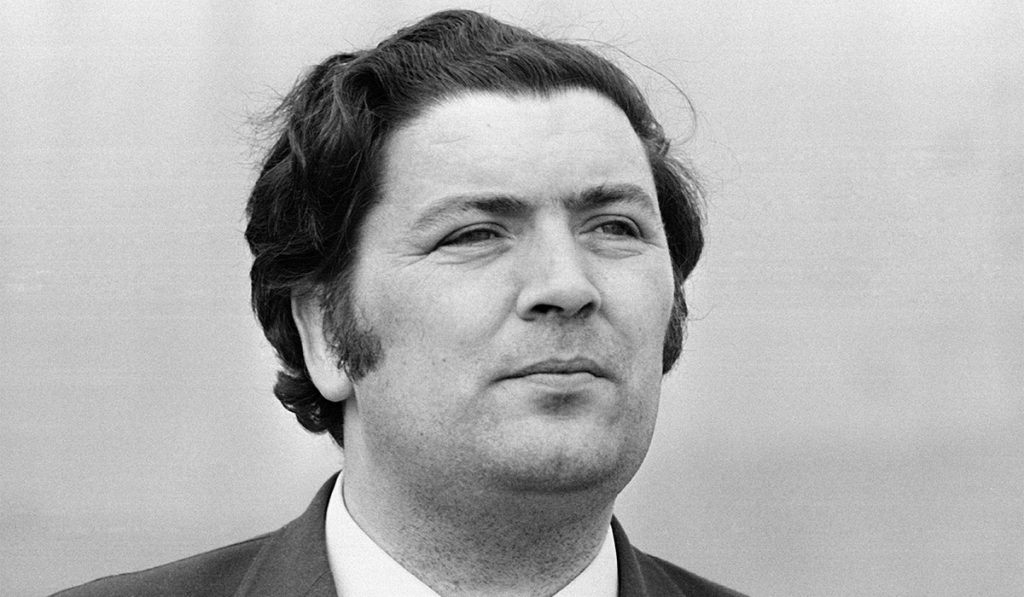 That is what brought him to this city and helped him build and renew deep connections with Ireland in Congress and various administrations.

And so, a chapter began in which the United States has played a critical role at every stage of the peace process since. With John’s encouragement, the Congressional Friends of Ireland – founded by Ted Kennedy, Tip O’Neill, Daniel Patrick Moynihan and Hugh Carey in 1981 – became a powerful champion for peace. I recall also that President Biden, as a then young Senator, was a signatory of the statement that launched the Congressional Friends of Ireland. The caucus continues to count among its members some of our greatest advocates in Washington today.

Soon after, in 1986, again with John’s guidance, and the support of President Reagan, Speaker Tip O’Neill helped to establish the International Fund for Ireland.

The bipartisan congressional support which the Fund has received since then is greatly valued by those communities who have been supported in their work to build peace, prosperity and reconciliation.

That work remains as important as ever, which is why the Government of Ireland is committing a further 20 million euro to the Fund for its new ‘Connecting Communities’ Strategy.

To understand John it is essential to understand that as well as being a proud Derryman and a proud Irishman he was a passionate believer in the cause of the European Union. 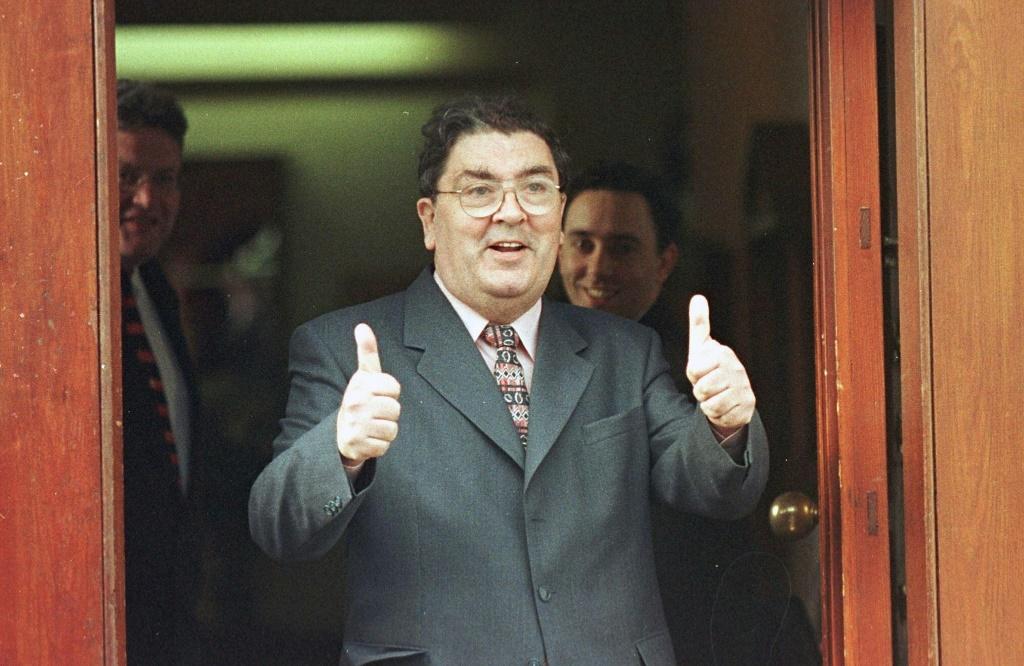 The European Union is the greatest peace project in the history of organised states.  It encapsulates our shared values – with the values of peace and cooperation being at their very core.

John had the vision to weave the narrative of Ireland’s path to peace into the wider European narrative and his quarter of a century as a member of the European Parliament made a huge impact on the understanding of Ireland throughout our partner countries.

John’s work is as vital as ever. Perhaps above all is teaches us the importance patience and persistence in the search for political agreement. As Yeats wrote in a different context, ‘peace comes dropping slow’. 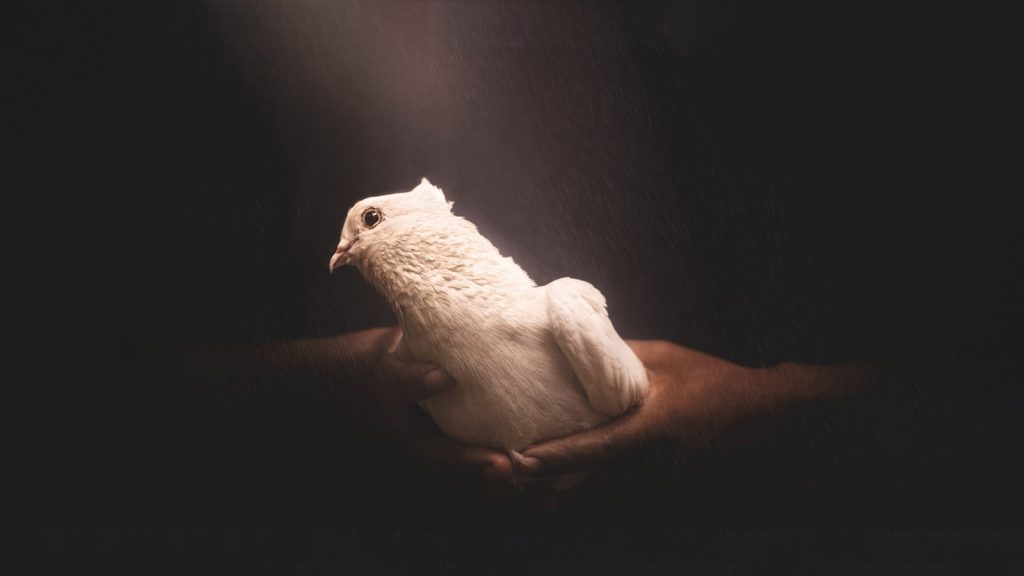 The peace process in Northern Ireland has been transformative but it remains a work in progress.

Northern Ireland continues to grapple with painful and unresolved legacies, a still urgent need for tackling poverty and disadvantage and now the disruptive consequences of Brexit. Unfortunately, the generous, open and inclusive vision which John worked so tirelessly for is too often missing. 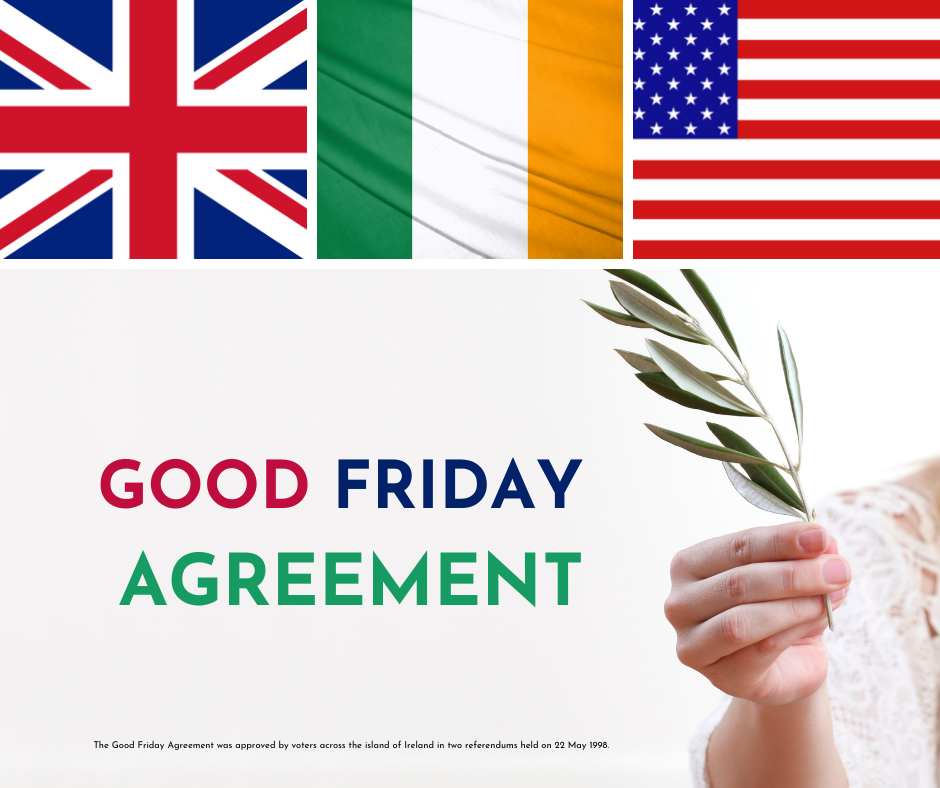 As Taoiseach I want to say again how much my government appreciates the unstinting commitment of successive US Administrations and of our friends in Congress to the Good Friday Agreement including their steadfast opposition to new measures on the border within the island of Ireland.

The peace we now enjoy on the Ireland is something that we cherish.  However, this St Patrick’s Day our celebrations are tempered by the suffering of the Ukrainian people, and by the reminder that peace and democracy can never be taken for granted. 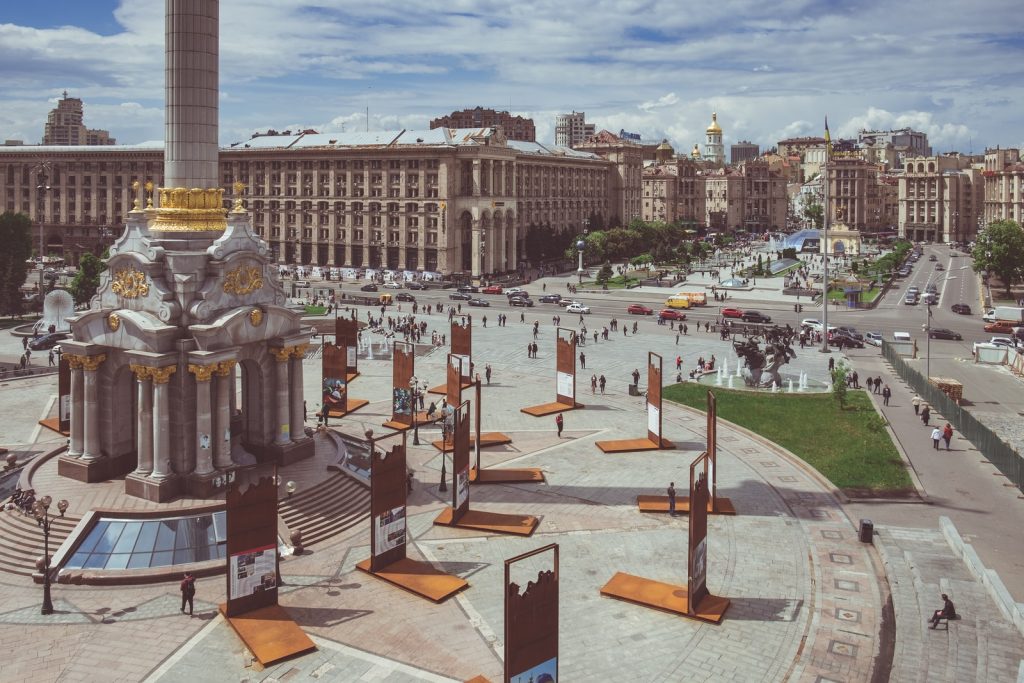 Across Ireland and the world, we are marking this St Patrick’s Day in solidarity and in communion with Ukraine.

I want to acknowledge the presence here today of the Ukrainian Ambassador and to express our solidarity through him/her with the people of Ukraine. 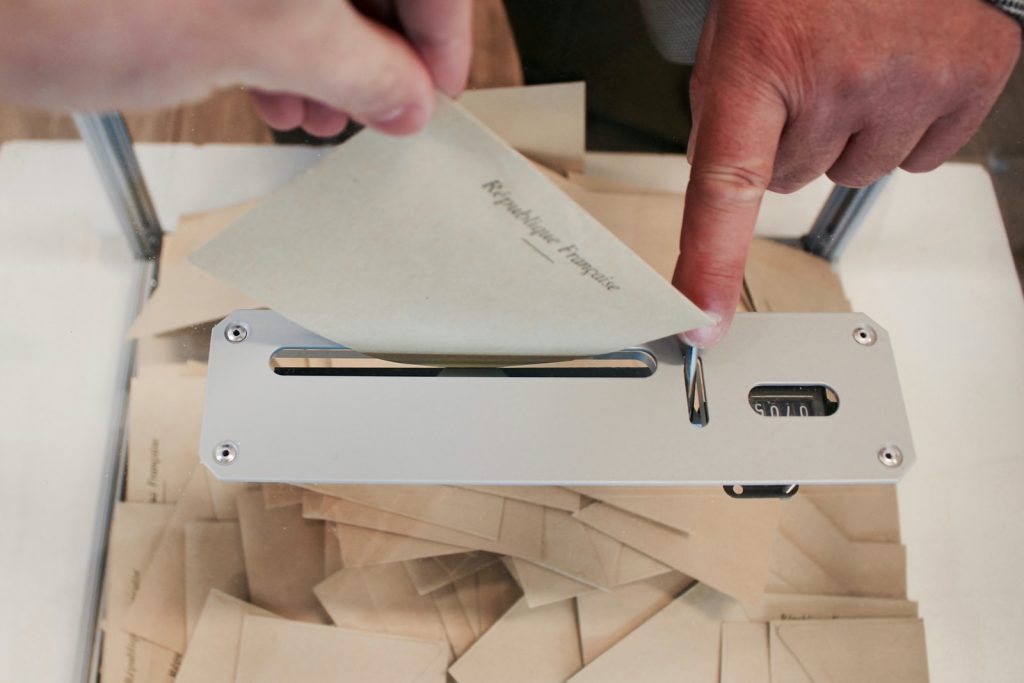 We stand with Ukraine. Russian aggression must be opposed and we must support the right of the people of Ukraine to shape their own democratic future.

We he still with us, John would be a powerful voice defending democracy, defending European values and insisting on the right of all people to be free. 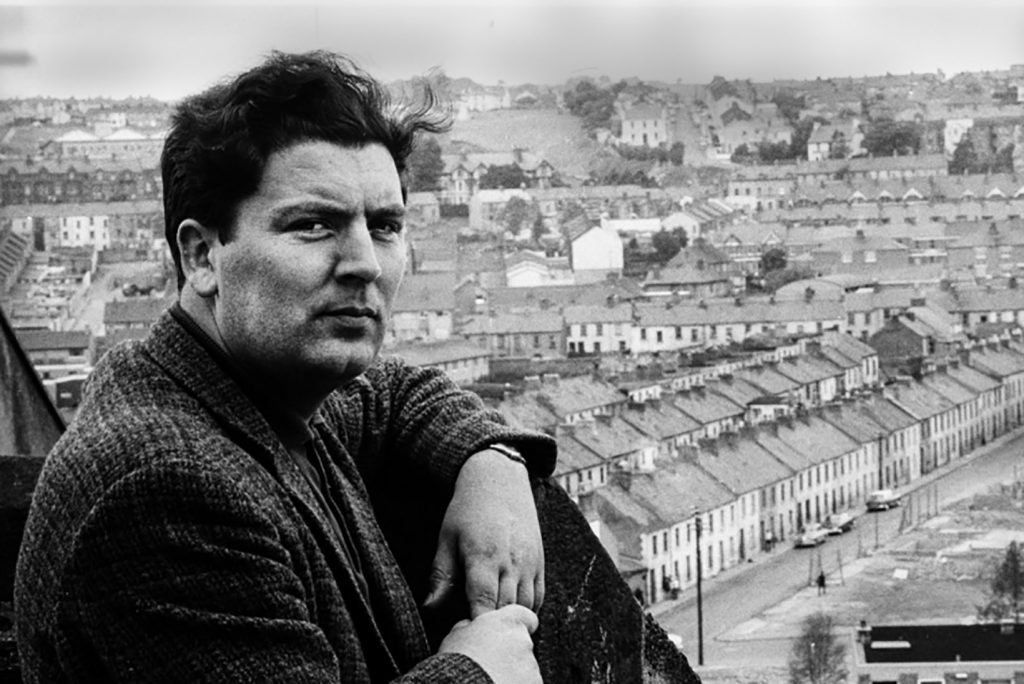 John was never the loudest voice but he was always the clearest and most powerful.

At this moment, and always, we should be proud to have known him and determined to honour his service.